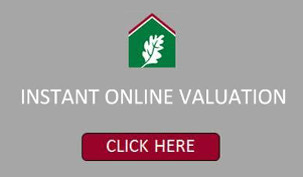 A scruffy exterior knocks over £50,000 off an asking price, claims bank

A scruffy exterior knocks over £50,000 off an asking price, claims bank

A poor exterior of a property on sale knocks an average £57,600 off the price that a home fetches from fast-deciding purchasers, according to research from Barclays.

It claims that the majority of house-hunters take just 10 seconds to decide whether they like a property from the outside - making kerb-appeal more important than ever.

Some 35 per cent of property buyers make their decisions purely on a home’s exterior and won’t even venture inside if they’re unimpressed, claims the bank. The same research suggests 53 per cent admit they would buy a property that looked appealing on the outside, even if the interior needed extensive redecoration.

Almost half of homebuyers would take up to 20 per cent off a property’s asking price if an exterior was not appealing, with homes in London losing as much as £107,400 in resale value. On average the UK loses £57,600 on each home sold because of an unkempt exterior.

Predictably, some of the off-putting characteristics revealed in the research include not only a scruffy garden but close proximity to a pub and nearby fast food shops.

A well-manicured garden, the presence of double-glazing, a neat neighbourhood and of course parking were all positive points.